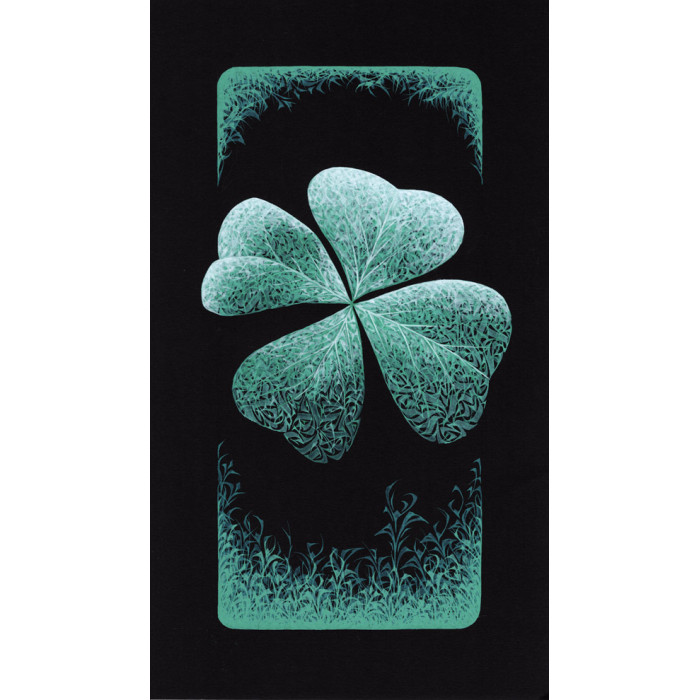 Acrylic on paper.
Original drawing.
Handsigned. 40x23cm.
This artwork was reproduced on the card " The Ace of clubs " from the Street Art Card Game.
Certificate of authenticity.

Born in Paris in the 1980s, self-taught, I was attracted to writing and drawing at a young age, despite a certain disadvantage being left-handed. It was through the 90's and 2000's and the practice of graffiti that my love for letters really took shape. Naturally this passion pushed me to explore lettering and typography in the first place and ten years later calligraphy in more depth through its various tools such as calames, feathers and brushes ... A complicated practice for a left-hander but which allowed me by freeing me from certain codes to transcribe our Roman alphabet in my own way. A practice that turns out over time to be a research that inscribes me in the urban current called "Calligraffiti" or urban calligraphy, see modern, constantly pushing to create and perpetuate this infinite work around the treatment of the letter according to inspirations or visions specific to each.
Since my installation in Avignon, a few years ago, my work in the studio has focused particularly on this search for lettering but also on a more abstract use and vision of calligraphy. Using full and loose with the pen, I succeed in creating and using volume in my compositions on canvas as a mural.