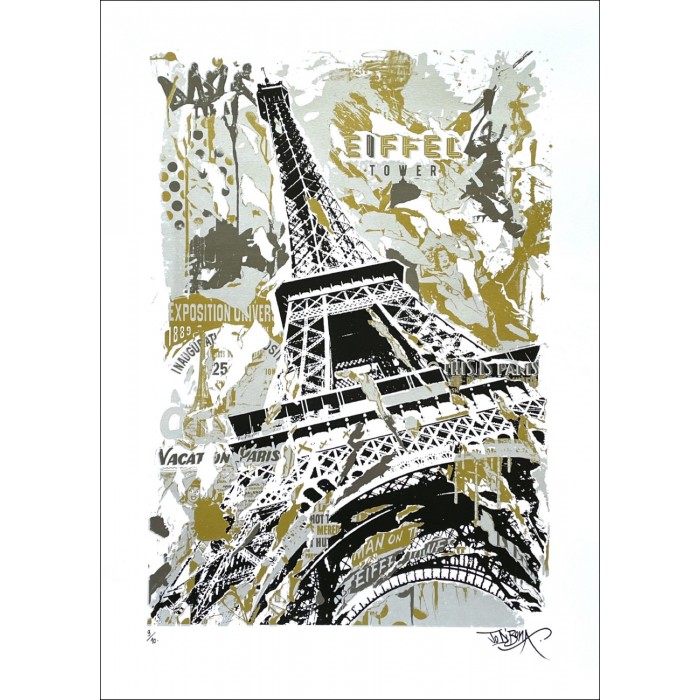 Original silkscreen.
Limited edition of 10 proofs.
Numbered on 10 and handsigned by the artist.
The number may be different from the one on the photograph
Technique: Silkscreen in 4 colors on paper
Paper Size: 70x50 cm
Certificate of authenticity.