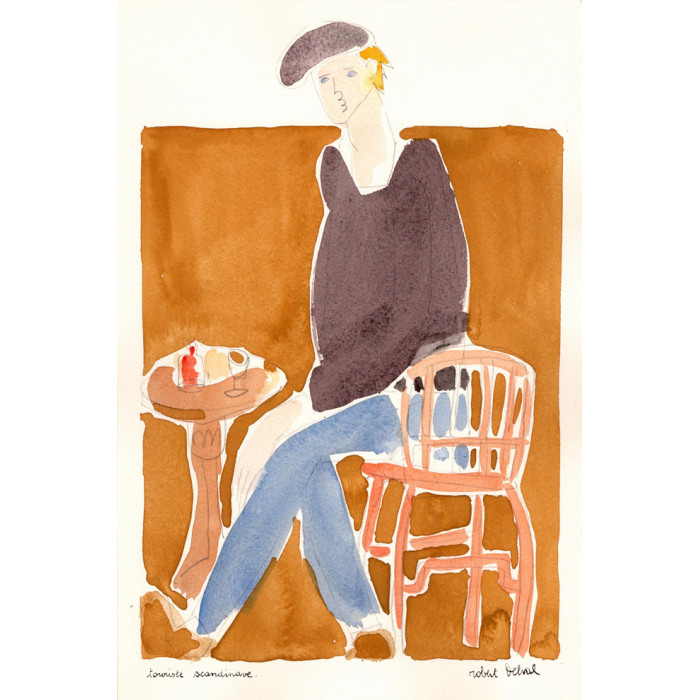 Drawing on paper.
Size of the drawing: 32 x 21 cm
Handsigned.
Signed also in the back.
Small selfportrait in pencil on the back.

Other artworks by the same artist: DELVAL Robert