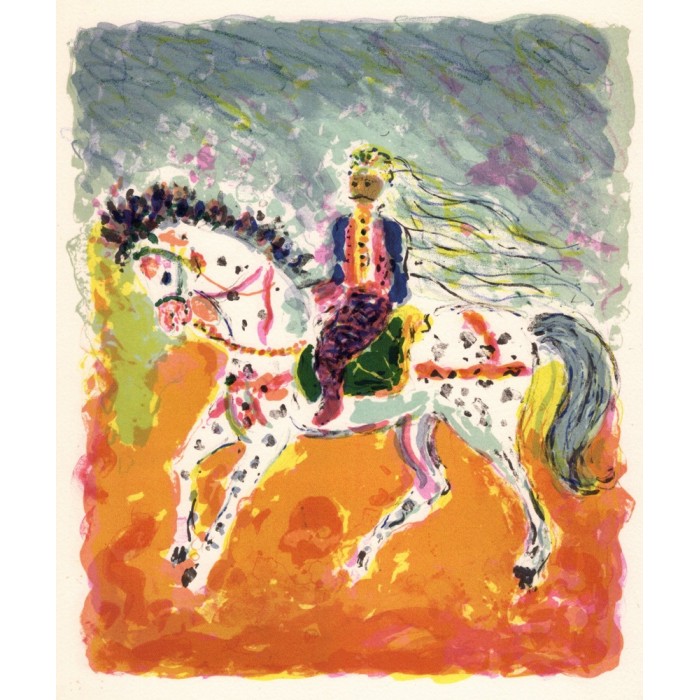 Original lithograph made in 1972 by the artist in the studio of Mourlot.
Not Signed not numbered. Limited edition of 800 proofs.
Size without margins: 27x23cm
Size with margins: 32x25cm

Kostia Tereshkovitch, known as Constantin Tereshkovitch, born May 1, 1902 in the suburbs of Moscow, and died June 12, 1978 in Monaco, is a French painter and engraver (naturalized August 2, 1943) of Russian origin.

De facto leaving Moscow by engaging in a service of stretcher-bearers in charge of the rail repatriation of the wounded Germans from Siberia ("there were neither doctors nor medicines on the train, and we could do nothing to save these unfortunate people, will evoke more Tereshkovicth who saw them all die for lack of care. It was the most terrible period of my life"), he survived by organizing workers' sports clubs in the Ukraine, working for a season in a tea plantation in Baku, in the " descent into hell" of clogging coal in the holds of a Greek freighter between Sevastopol and Turkey, then enlisting as a groom in the English army occupying Constantinople. This is where his apprenticeship in the knowledge and love of horses lies, a definitive passion that he will live later on the racetracks and that his painting will restore.