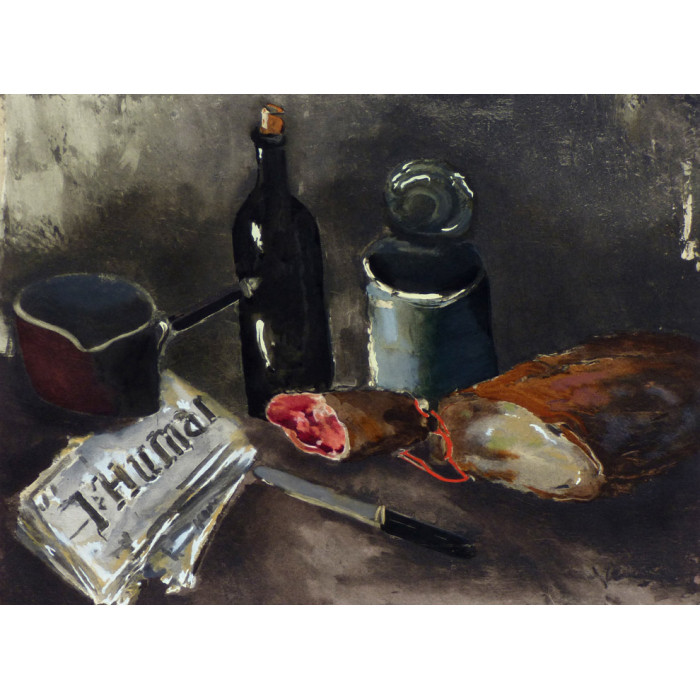 Original Jacomet stencil made in 1952.

Limited edition of 300 not numbered.
Size without marges : 22x30cm

Daniel Jacomet is an artist who has created a type of stencil that now bears his name, a stencil almost identical to the original artwork. From 1921, he worked with the greatest artists of his time: Picasso, Braque, Chagall, Rouault, Dufy, Miro etc ... His childs, André, Pierre and Marie-Jeanne, will take over. Then Bruno, his grandson, who will work with Olivier Debré, Herve Di Rosa, Gerard Garouste, Edouardo Arroyo, Jan Voss, ...

the technic: This is a stencil print. The artist applies color by hand with a round brush in cardboard or zinc cutouts, to color surfaces that may even be in color gradient. It is about putting color on a printed pattern in black and white in lithography or collotype. The artist can therefore make several copies with the same patterns. This technique allows the artist to create an édition almost identical to the original artworks. Many professionals in the art world were caught by these perfect prints. There are still "Jacomets" which are considered original works today. The work presented is called "facsimile" because it faithfully reproduces the original work and this most often with the original mediums. After making a very precise cut, the artist will color the stencil using colors and materials similar to the original: watercolor, gouache, ink, etc ... The signature is an integral part of the stencil. The paper can also be recreated. The printing and coloring were entirely done in the Jacomet studio.