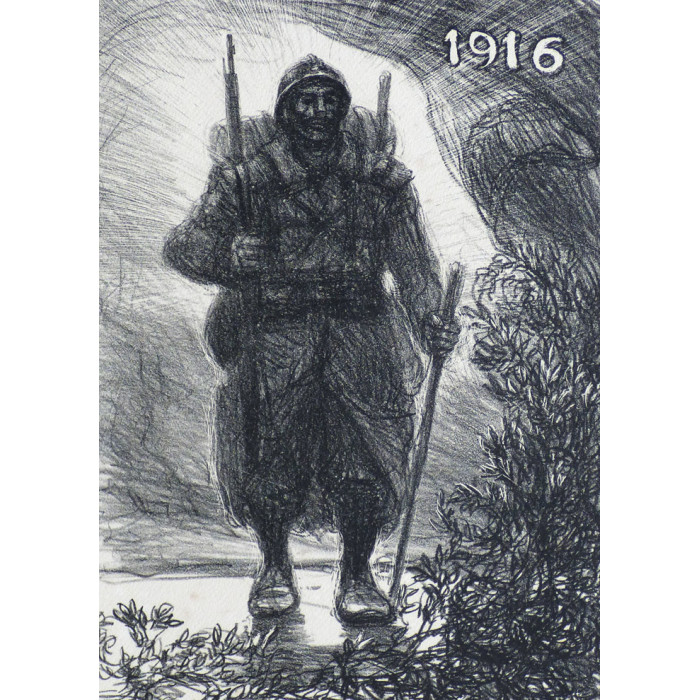 Signed in the plate.

He followed the courses of the Faculty of Letters of the Academy of Lausanne then he entered the apprenticeship with a manufacturing uncle in Mulhouse. Careless of metallurgy, from 1879 to 1881, he became an apprentice lithographer and printer. In Paris, at the end of 1881, he settled in Montmartre. During the very cold winter of 1882, he fell ill, and was cared for by Dr. Willette, who introduced him to his brother Adolphe. It was the beginning of a fraternal friendship between the two artists. It was thanks to Willette that he got to know the Chat Noir cabaret and frequented it assiduously. The poster he made of it remains famous worldwide today as a symbol of Montmartre. But he did not stay there long, he left it in 1887, the lights and the atmosphere of the cabarets were not made for him. Extraordinary designer, witness of his time, he approached all subjects, with a predilection for humble people. He was also known of course for his love of cats and the representations he made of them. He illustrated the songs of Bruant and was the author of many posters, among the most famous: "le Chat Noir" ".

Other artworks by the same artist: STEINLEN Theophile Alexandre