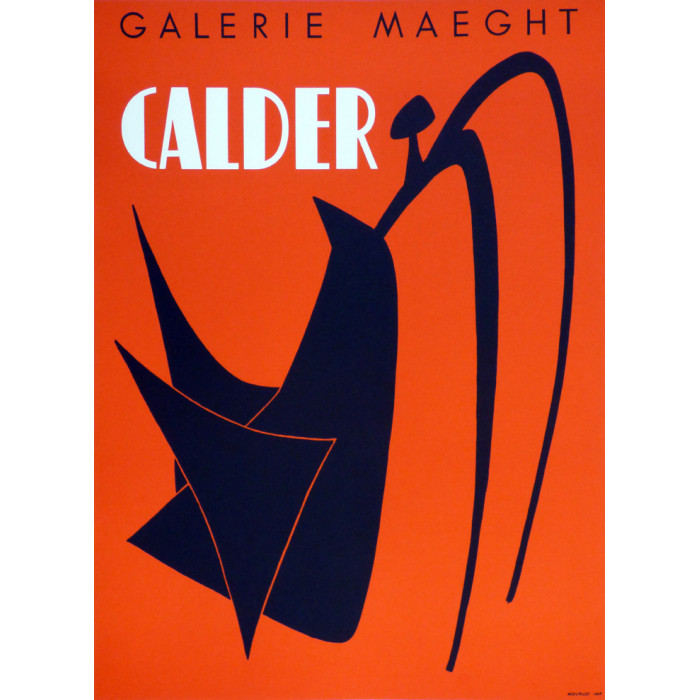 Share in social media
/// Alexander CALDER (Born in 1898) ///
"Abstract composition"
Poster in original lithograph.
Studio: Mourlot
Date: 1959
Size: 64x47 cm.
/// Biography of Alexander CALDER (Born in 1898) ///
Alexander CALDER
Born in 1898, died in 1976.
He is American, from a family of artists, painters and sculptors.
Although he himself had always had a penchant for art, he began by studying mechanical engineering, a profession that he would not exercise because he would immediately study art in Art. Students League of New York.
It begins with the practice of ashcan aesthetic, which is characterized by the representation of urban scenes inspired by everyday life. He earns his living doing illustrations in magazines.
He then left for Paris in 1926 where he studied at the Académie de la Grande Chaumière. He created articulated toys which he presented at the Salon des Humoristes in 1927. Then he created the "Circus Calder" made up of two hundred characters made of wire and pieces of rag. With them, he will create a two-hour show and will perform for three years in Paris, Berlin, New York ...
His art will evolve from the 1930s thanks to his Parisian meetings which will influence him towards abstraction: Joan Miro, Jean Cocteau, Man Ray, Robert Desnos, Fernand Léger, Le Corbusier, Piet Mondrian… He will even join the “abstraction” movement -creation ”.
He exhibited his first abstract sculptures in 1932 at the Vignon gallery directed by Marie Cuttoli. His inspiration came from a visit to the Paris Observatory. These sculptures are called "mobiles" by Marcel Duchamp, a name that will remain. They are painted in black and white and sometimes enhanced with a solid color. Some are powered by a small motor. He immediately met with great success. His career is definitely launched.
Subsequently, he will also build monumental and motionless metal sculptures that Jean Arp will call “stabiles”, a name that will remain.
He will also be known for his paintings and works on paper.
In 1943, MoMA organized the first retrospective of Calder's work.
In 1952, he won the Grand Prix at the Venice Biennale.

Other artworks by the same artist: CALDER Alexander 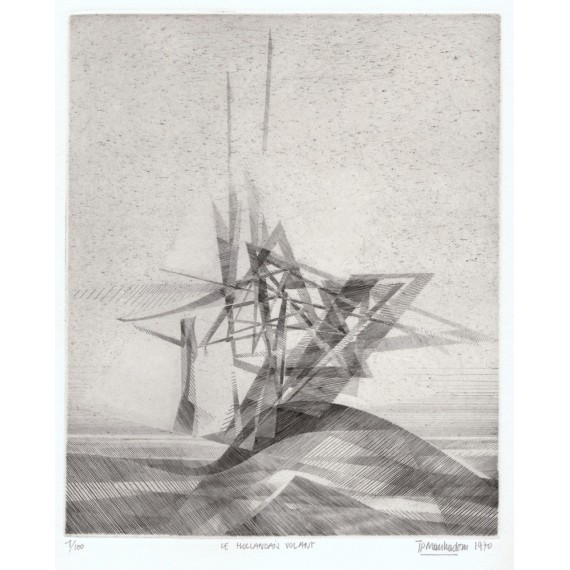 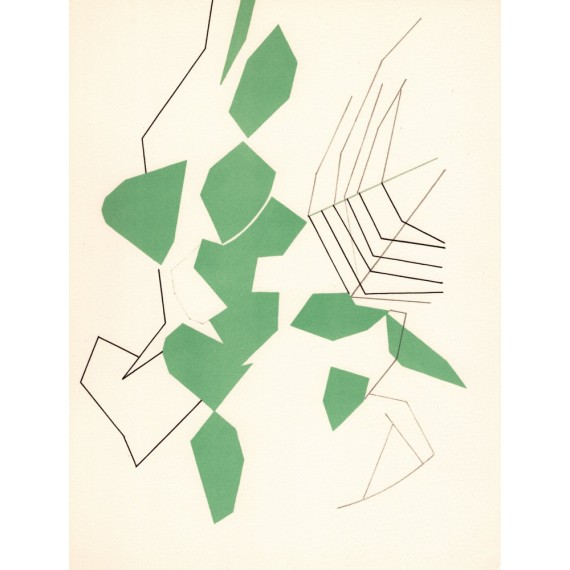 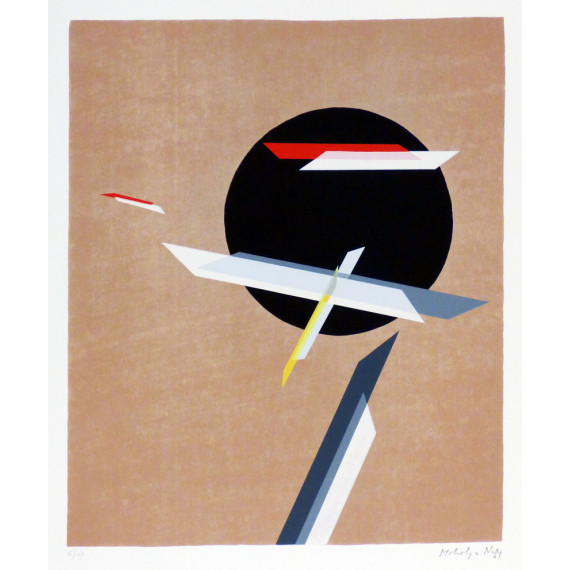 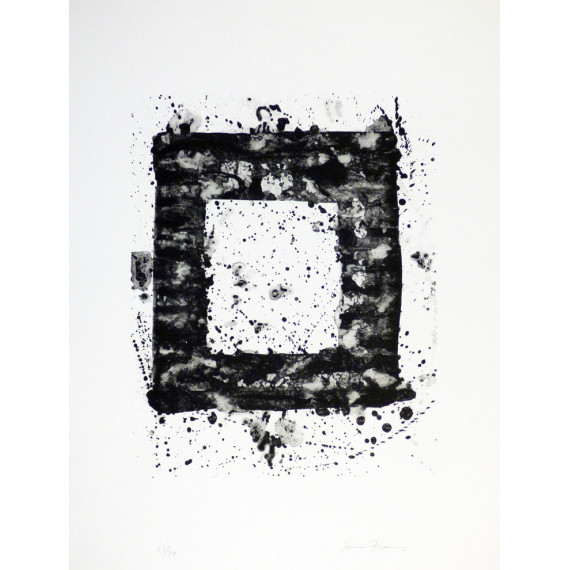 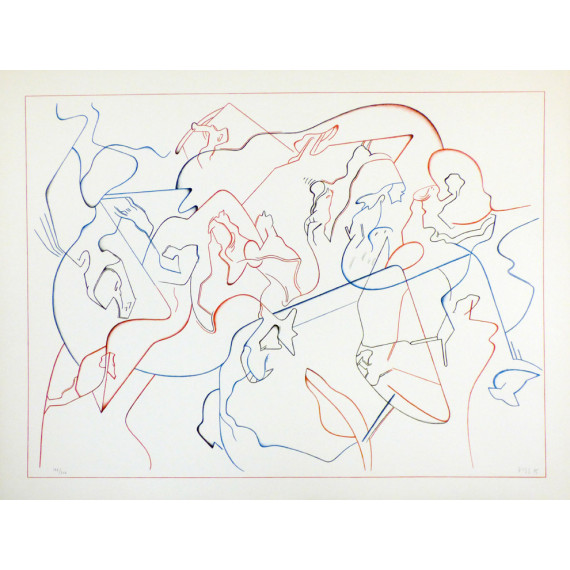 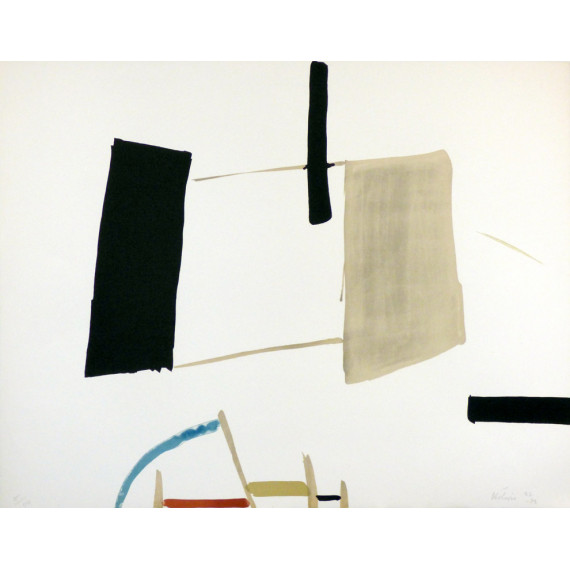 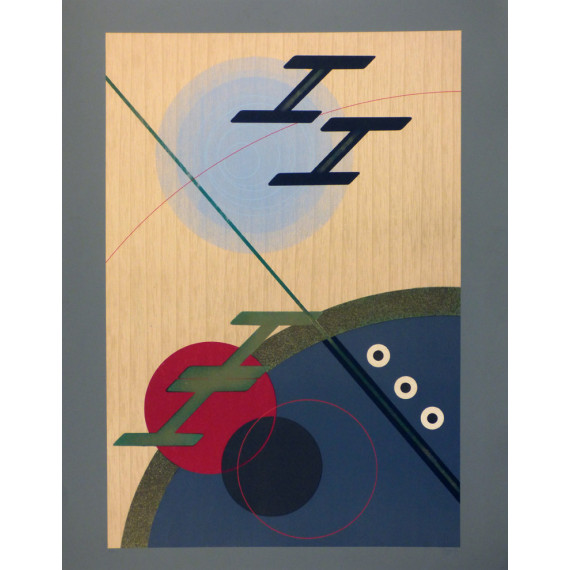