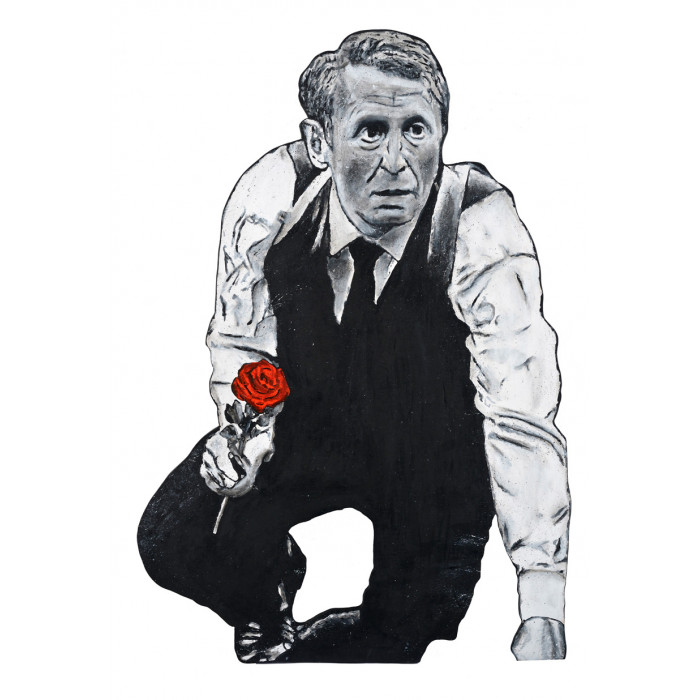 That artwork belongs to the serie "Le roamntisme c'est un truc de bonhomme" that we can translate as: romance is for true men, the gentlemen. And here is represented the french actor Bourvil in the movie "Le cercle rouge".

He is the author of the aphorism «Le romantisme, c’est un truc de bonhomme» what we can translate in « to be a good guy, be a romantic guy » by which he denounces machism as a demonstration of virility, inviting men to be gentlemen with women. This sentence is accompanied by images of famous movies in wich he has removed the revolvers by red roses. It is with this stencils and the serie of collage of the "club of the romantics" that he beggins to be better known via social networks.